Explore the Operations Control Building at launch complex 2 located at the Cape Canaveral Space Force Station with this 360-degree panoramic virtual tour of the abandoned aerospace property. In the virtual tour below, you can view three (3) panoramic images at the abandoned location along Florida’s east coast. Being close to the Atlantic ocean, the building has been through numerous storms and has deteriorated quickly due to the salt air.

About the abandoned location

Located at the historical Space Launch Complex 2, the operations control building is one of the many buildings at this abandoned launch complex. While I was at this historical launch site, I was only able to capture a few images inside the one building. Launch Complex 2 saw its first launch in 1954 with a Snark missile and eventually launched 15 missiles over a 6 year period with the last launch on April 6th, 1960. After the Snark Missile program ended, this site was used as a helicopter pad during the Mercury Program. The last time this site was used was in the 80s as a tethered aerostat balloon radar missions site. View more abandoned launch pads such as launch complex 17, launch complex 34 or launch complex 16 that were photographed in 360-degree spherical imagery. 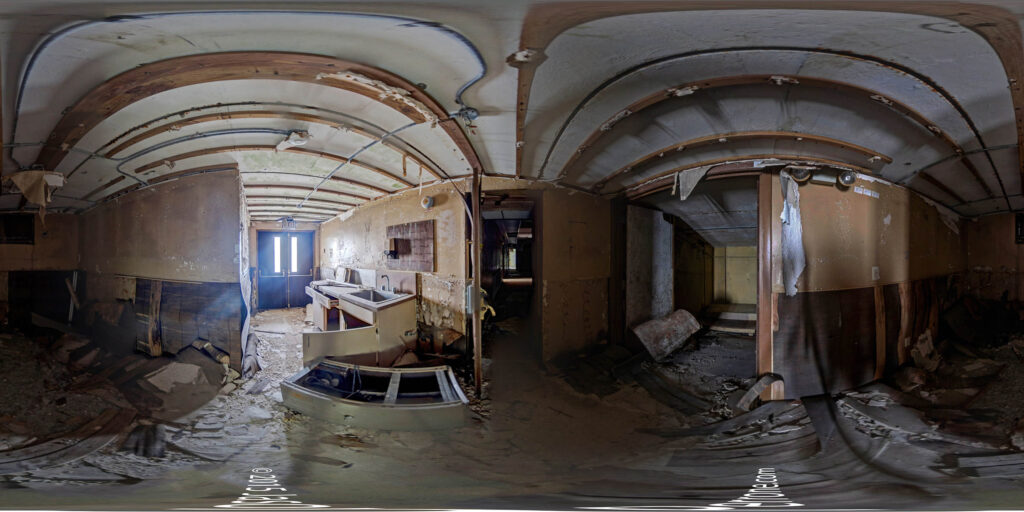 […] interesting? You might also like viewing the abandoned Glass Bank of Cocoa Beach or the abandoned Operations Control Building at the Cape Canaveral Space Force […]