Explore around the historic Space Launch Complex 17 at the Cape Canaveral Space Force Station in Florida with this 360-degree panoramic virtual tour of the abandoned property.

About the launch complex

With construction starting in 1957, launch complex 17A and 17B cost the American tax payers roughly $7,000,000. Launch complex 17 was built to help develop and testing of the Air Force Thor Intermediate Ballistic Missile. The first launch at the newly built launch pads was on January 25, 1957 on pad 17B and then on August 30, 1957, pad 17A had its first launch. There is a single blockhouse for the two launch pads, each with its own mobile launcher.

On January 17th, 1997 a Delta II had a catastrophic failure a few seconds after lift off raining debris all around the launch complex and the Air Force Station. Following the failed launch attempt, the pads were a few more times before being abandoned. The last launch at pad 17A was on August 17, 2009 while launch pad 17B was used up until September 10, 2011 with the launch of the GRAIL spacecraft. 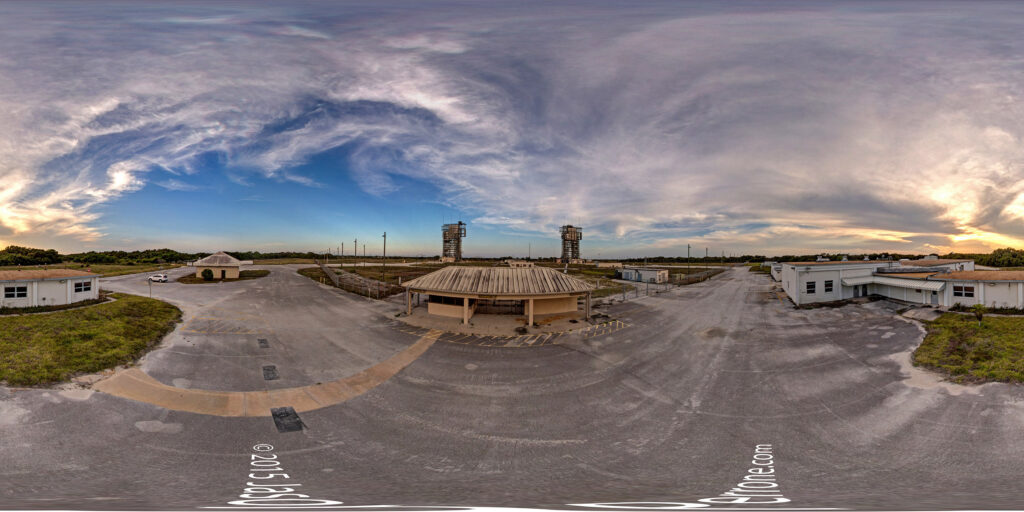