The river preserve is a condominium project in the Wassabo, Florida area that ended up being abandoned after the real estate market crash in the early 2000s. The project was granted permits to build several homes, at least 5 condo buildings, a clubhouse, and a pool area, however, only three of the condo buildings were started before the project was eventually canceled.

In the above 360-degree panoramic virtual tour, you can virtually tour the middle building. The other buildings had the stairwell doors heavily welded shut to keep people from gaining access to the higher floors for obvious safety reasons.

Did you find this post interesting? You might also like viewing the abandoned tree nursery in Central Florida or the abandoned Glass Bank of Cocoa Beach.

Do you have 360-degree panoramic images captured in an abandoned location? Send your images to Abandonedin360@gmail.com. If you choose to go out and do some urban exploring in your town, here are some safety tips before you head out on your adventure. Virtual tour and photos provided by Jason Perrone. 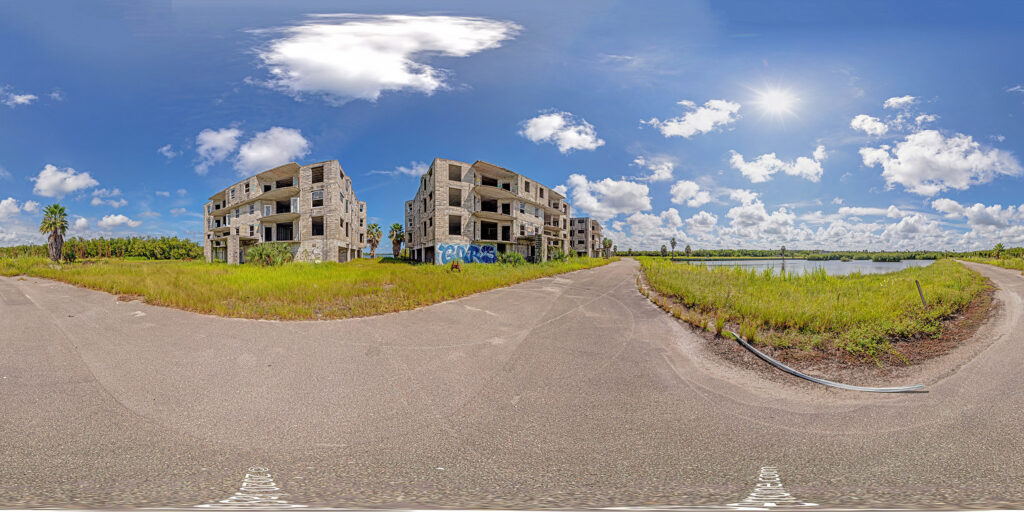 […] of the business. Did you find this post interesting? You might also like viewing the abandoned River Preserve condominium or the abandoned Glass Bank of Cocoa […]

The Jupiter Dungeon - Abandoned in 360 Reply

[…] locations you might find interesting if you like locations with graffiti, The River Preserve, Quinta de los Ruiz, or the Charles Wilson […]