About the Browning Knob Plane Wreck

In November 1983, Ernest Martin, founder of Martin Tool Works, and his secretary, Centa Jarrett, were flying from Chicago to the Jackson County Airport. Mr. Martin had apparently flown into this airport previously to visit friends, and on this journey, the weather turned bad as it can happen in the area. With low visibility due to the low clouds and rain, Martin had decided to fly under the clouds. By trying to get under the clouds to gain visibility, he ended up a little too low and crashed into the mountain, just off the Blue Ridge Parkway. Both Martin and Centa were presumed dead upon impact.

The FAA did their investigation and found that Martin was on heading to the airport and would have made the rest of the flight if he wasn’t too low. During the FAA’s investigation, they also found his blood alcohol levels to be around .04 percent, which might have also played a role in the tragic incident that killed the pilot and passenger. It was a week after the crash that authorities found the wreckage with the frozen bodies inside.

The bodies were removed from the wreckage, and returned to the family’s for proper burial and the rest of the plane was salvaged. Parts such as the engine and other important parts were removed and the rest sits where nature can take its course.

If you liked this abandoned location, check out this abandoned vehicle in a Florida State Park or the Pat Harvey Ford collection of rusting of Ford vehicles along a Florida road in a small town. 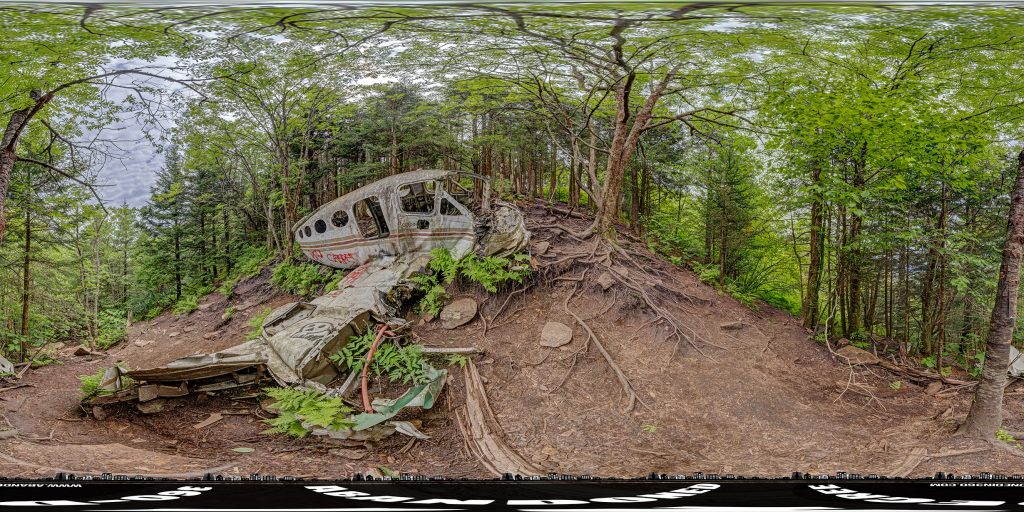 […] might also be interested in these nearby abandoned North Carolina locations, the Browning Knob plane wreck, Old Jones Gap Church, or the Steve Woody […]

[…] are a few other abandoned locations you might find interesting – Browning Knob Plane Wreck, Wooden Church of St. Paraskevi, Elf Houses of Oak Hill, or the Steve Woody […]