Explore the grounds of the failed Bongoland amusement park now located at the Dunlawton Sugar Mill Gardens in New Smyrna Beach, Florida with the below 360-degree panoramic virtual tour.

Bongoland was a very short lived themed park in Volusia County, Florida. The park opened in 1948 and closed a few years later in 1952. Bongoland was the idea of Dr. Perry Serber, who happened to be the first dermatologist in Daytona Beach. Dr. Sperber was also fascinated with dinosaurs.

In the 1940s, some of the land was leased to Dr. Perry Sperber, who worked as the first dermatologist in Daytona Beach and had a keen interest in dinosaurs—he even published the book Sex and the Dinosaur, which described how modern animals could be related to the prehistoric reptiles. Sperber wanted to revive the place and turn it into a theme park, so he enlisted Manny Lawrence to create huge dinosaurs and other prehistoric animals.

Lawrence crafted life-sized beasts out of chicken wire and concrete, which towered over the few tourists who trickled through. The park also included a recreated Seminole village, the historic sugar mill ruins, and live animals, including its namesake baboon. A miniature train whisked visitors by the attractions.

But as it turns out, this strange mishmash of exhibits wasn’t enough to draw in a crowd. In 1952, just five years after it opened, Bongoland closed. The concrete dinosaurs managed to defy nature and have withstood the test of time. Today they’re embedded in what has become a peaceful garden flush with several plant collections including magnolias, succulents, and ferns in a small grotto.

Do you have 360-degree panoramic images captured in an abandoned location? Send your images to Abandonedin360@gmail.com. If you choose to go out and do some urban exploring in your town, here are some safety tips before you head out on your Urbex adventure. 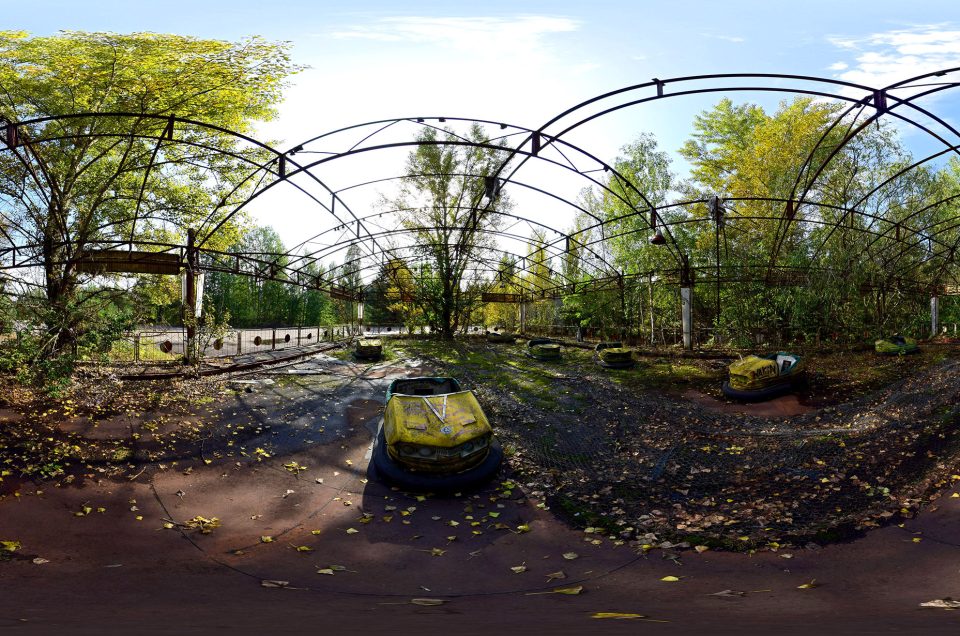 […] you like exploring abandoned theme parks? Check out these photos of the remains of the Bongoland theme […]

[…] Lawrence was an eclectic Floridian who also built the concrete dinosaur sculptures at the defunct Bongoland that is located in Port Orange, Florida. That is about all we could find out about the so called […]