Take a 360-degree look around this abandoned Florida property that is located in Wildwood, Florida. View the nine (9) panoramic images in the virtual tour below and virtually urban explore just like you were there in person.

Here is an 8K 360VR video of the location

About the abandoned Florida home

Located in Wildwood, Florida this home was build in 1973 with a base square footage of 2,965. The secondary house or pool house is 1,260 square feet and was build a year later in 1974. From the records, it looks like the house might have been abandoned sometime after it last sold in 2011. The house was sold in 2011 to a company but the items inside still had the previous owners name on them. The front of the home looked like there was a small fire at one point and from the mattress and candles inside, I would say a few homeless had stayed there recently.

You might also enjoy this abandoned Florida stadium in Miami, Florida or this abandoned house in the woods. If you decide to go out and do some urban exploring in your area, here is a short list of safety tips. 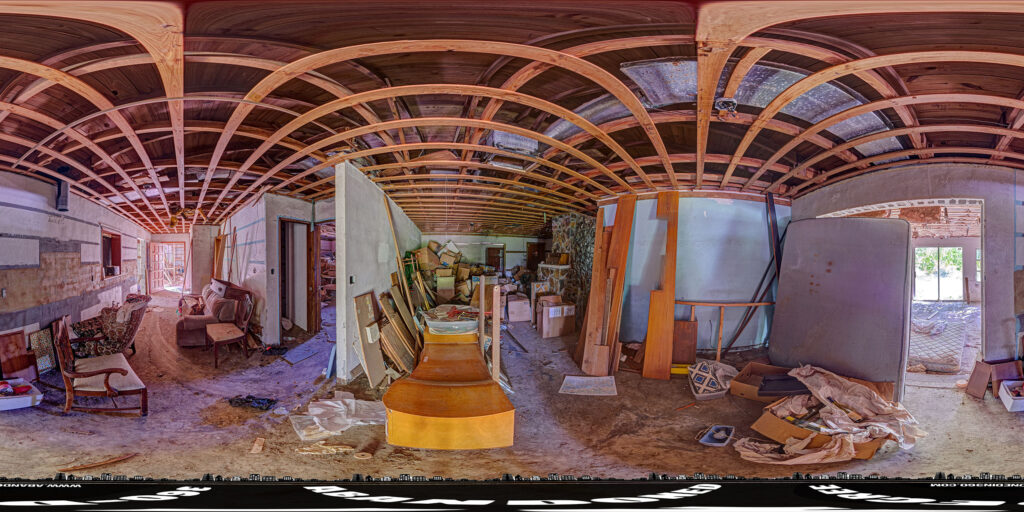 An equirectangular panoramic image inside an abandoned Florida house in the middle of the state.

Here is a list of all the abandoned locations around the world that are featured on Abandoned in 360 website.

[…] might be interested in viewing an abandoned building in the neighboring town of Sopchoppy or this abandoned farm house in Wildwood, […]